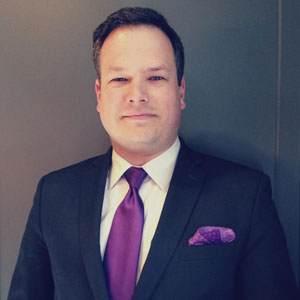 Venture Capitalists are expected to invest over $1.6 billion in the Internet of Things (IoT) this year. The number of firms in the space has exploded – from 13 to 189 in just the past year – and is responsible for over 300,000 jobs. And while the space is likely to be dominated by behemoths like Cisco or GE, there is remarkable enthusiasm from a steady torrent of new entrants. The frenetic pace of innovation is matched by the ravenous appetite for returns.

The term Internet of Things I used rather loosely, but seems to cover everything from light bulbs to sneakers usually connected to your iPhone. In theory that connectivity will yield increased efficiency, wherein the way you sleep, work out, or heat your home. It allows retailers the option to create “premiumization”, upping the cost by adding connectivity. Many companies are vying for a position as the operating system that all of these devices run on, the security that protects all of these connected devices, the data produced by these devices, the manufacturers that produces them and there are layers of opportunity in the burgeoning market for players of all sizes.

"The demand for highly innovative technology is there, and any entrepreneur that knows how to leverage that capital is likely to do very well"

New methods of financing have leveled the playing field dramatically. Those estimated 176 new companies mentioned above have a real shot at making it. The money is there for anyone with a good idea and the right playbook, not just from VCs, but also from the more than 260,000 investors in private companies now active in the space, or the 36 percent of ~10,000 family offices globally that plan to invest in technology in 2015. Furthermore, the market is seeing an increase in corporate investments in the space as well. Salesforce, for example, recently announced that it would establish a 100 million dollar fund specifically dedicated to IoT. Qualcomm, Cisco Investments, and Intel Capital are highly active in the space as well. The demand for highly innovative technology is there, and any entrepreneur that knows how to leverage that capital is likely to do very well.

Our sense is that bold, innovative technologies will be matched by equally bold means of financing them. The success of companies on Kickstarter is a classic example. The real power of Kickstarter – in my humble opinion – is the ability to presell a product on a massive scale, prior to commercialization. Think about that for a second. You can now test proof of concept and determine whether or not you will reach the “tipping point” of market traction before making capital expenditures.  One recent example is Sense, which raised 20 times their $100,000 goal with over 19,000 backers and is one of the many alarm clock solution hitting the market today. Another example is Lockitron which pursued funding through its own site and raised $2.2 million in presales.

One of my favorite examples of this is the Ubuntu Edge (credit is due to Jonathan Sandlund for his spectacular article on the topic). Ubuntu used the campaign as an opportunity to test the market demand for their new product, and would only commercialize it if they hit their $12.8 million threshold. Everyone in the industry was calling it a failure, but it was actually a brilliant success. Ubuntu – one of Cannonical’s product lines – was able to leverage this new method to test market demand in a lean, cost efficient way, proving that crowdfunding is an effective tool for 500+ employee enterprises as well as scrappy startups.

Anyone who can run a successful campaign on Kickstarter should consider equity crowdfunding for their next phase of growth capital. They have already built an audience; they have demonstrated traction and social proof; it is the natural progression. What’s more, they can access those hundreds of investors in private companies that we mentioned earlier, investors that might have a genuine interest in supporting the company and helping it grow. Think of them as the investor equivalent of brand advocates.

Furthermore, companies that pursue equity crowdfunding stand to gain the marketing benefits of additional exposure as well as any capital investments. Exposure to customers runs in parallel to exposure to investors, and IoT companies now have the potential to have viral exposure to investors using these means, potentially creating a logarithmic growth trajectory. If equity crowdfunding is what it could be, there will be a rapid acceleration in the capital markets.

The world is changing. Everything from the way we cook our food, the way we sleep, to the way we light our building is evolving and being disrupted. Capital markets are no different. After all why should the latest innovative technology find its funding the same way as everything since the Franklin stove? A revolution in technology deserves a revolution in capital formation.

Transformation to Fit an Agile Future

Challenges Over The Past 18 Months

Security Architecture In Theory And In Practice: Why Security Should...