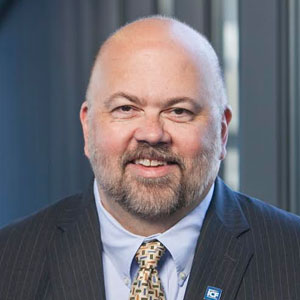 “There’s a world of difference between insisting on someone’s doing something and establishing an atmosphere in which that person can grow into wanting to do it.” — Fred Rogers

The wisdom Mr. Rogers shared with millions of children is remarkably suitable for adults as well. While every organization benefits from good leadership, technology and program management teams are even more in need of leaders who create an atmosphere that allows people to thrive. The nature of the work, the kind of people it attracts, and a hyper-competitive job market make leaders a “sine qua non” of high performing teams.

Leaders are responsible for many of the problem areas employee surveys (periodic and exit) reveal as drivers of turnover and morale issues. Such factors as organizational culture, availability of training, the frequency and quality of feedback, the quality of the work, and the ability to make a difference generate disengagement, performance issues and, ultimately, expensive turnover.

Understanding the people you are leading is one crucial aspect of being an effective tech/program management leader. Unlike past years where leaders could learn from and emulate their leaders and mentors, today’s leaders are dealing with a multigenerational workforce that is far more mobile than in the past. Three key factors are driving those differences

Long-term Commitments to Organizations are Waning

As businesses have moved away from lifetime employment models, worker commitment to an individual employer has dropped as well. The Bureau of Labor Statistics reports that a tenure expectation for millennials is three years, compared to an overall workforce average of 4.4 years. Turnover is aggravated by poor leadership. Forbes reported that more than 70 percent of employees who leave do so because of a supervisor.

The economy has, in recent years, driven a much higher number of re-entry and delayed retirement workers, producing the most multi-generational workforce ever. The style differences between managers and workers of different generations are particularly acute.

What employees want often varies by generation. One recent survey found that 39 percent of workers aspired to their supervisor’s position. The breakdown between generations revealed some striking differences. More than half (53 percent) of millennial workers said they aspire to be the boss, compared to Gen X (44 percent) and Baby Boomer (28 percent) workers. Similarly, when asked if they felt that they could do a better job than their boss, close to half (48 percent) of all respondents agreed with this statement, with millennials and Gen X being the most confident at 54 percent and 50 percent, respectively, compared to Baby Boomers (43 percent).

Despite the generational differences, leadership research (Posner/Kouzes) going back more than 20 years shows four key characteristics (of 225 identified) of leaders that consistently rise to the top – Honesty, Being Forward-Looking, Competence and Inspiring. With the exception of competence, those characteristics are not easily addressed by training. They are inherent characteristics that leaders are unlikely to develop late in life. That means the single most effective tool for ensuring good leadership is a good hiring process that screens for the right characteristics.

That seems logical and easy – but more often we look for the best technical experts rather than the best leaders. Unless organizations are willing to rethink the process for hiring people for leadership positions, they are likely to experience morale and turnover problems.  So how should the process work?

There is no simple answer, but these are a few characteristics of a selection process that will produce candidates who are a better match for the leadership role.

It can help poor candidates select themselves out. Many non-leaders have no idea what supervisors really do. Exposure to the real world of being a supervisor will turn off 10 – 15 percent of candidates.

Better interviews produce stronger candidates with practical experience. Studies show that traditional interviews have a correlation coefficient 0.1 to 0.25 – meaning they are often little better than throwing a dart at a dartboard. Structured interviews are far more effective.

It offers multiple advantages, including adding the perspectives of people who will work with new hires.

Hiring is the Responsibility of Managers, not HR

Too often, managers leave much of the work of hiring to the HR team. Anyone who wants to run a good organization must be an active participant.

Transformation to Fit an Agile Future

Challenges Over The Past 18 Months

Security Architecture In Theory And In Practice: Why Security Should...